February 24, 2020
Today USCIS implements its new public charge rule nationwide.  The rule was previously enjoined in Illinois, but the U.S. Supreme Court lifted the injunction last week, allowing USCIS to implement the rule in all 50 states.  The Department of State (DOS) will also implement the …
Read more

Today USCIS implements its new public charge rule nationwide.  The rule was previously enjoined in Illinois, but the U.S. Supreme Court lifted the injunction last week, allowing USCIS to implement the rule in all 50 states.

In addition, the Department of State (DOS) will also implement the new public charge standards beginning February 24, 2020 pursuant to the Office of Management and Budget (OMB) approving DOS’s  Form DS-5540, Public Charge Questionnaire. While the DS-5540 is now required for immigrant visa applicants (i.e., “green card” applicants) at U.S. consulates abroad, according to the updated Foreign Affairs Manual,  DOS  may also require nonimmigrant (i.e., temporary) visa applicants to provide specific financial evidence or to complete a Form DS-5540, in whole or in part, or to respond orally to questions from the form at visa interviews.

Nonimmigrants seeking a change or extension of status in the U.S. will be required to show that they have not received certain public benefits exceeding a designated threshold as of the rule’s implementation date.  Information about DHS’s public charge rule, including the implicated benefits, may be found here.

Individuals applying for adjustment of status to lawful permanent resident will be required to provide extensive financial documentation, including credit reports, to establish that they will not become a public charge in the future. These individuals will be subject to a discretionary “totality of circumstances” test that will weigh such factors as the applicant’s age, health, household size, level of education and skills, financial assets  and liabilities, among others.  Applicants may be subject to ongoing credit checks while their applications are pending, over months, and in many cases, years.

Foreign nationals and their employers should expect that it will take longer to analyze, prepare and file applications given the scope of the new public charge inquiry and the increased documentation that will required. For additional information, please contact your designated Gibney representative or email info@gibney.com 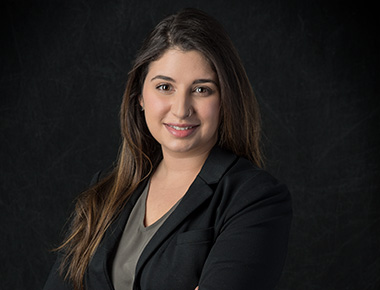