Are Dress Codes and Grooming Policies a Source of Potential Liability for Employers?

Over the years, many employers have used employee grooming and dress policies to project a desired image in the marketplace. While much of corporate America has relaxed employee dress codes in recent years, many employers in the fashion industry continue to use such policies to project a desired image. Recently, state and local governments have passed new laws and increased enforcement of existing laws to protect employees from discrimination based on race or gender identity or expression in the workplace. Applicants and employees are now protected from employers’ imposition of dress and grooming standards that do not respect racial differences or that seek to impose grooming or dress standards that do not respect an employee’s chosen gender identity or expression. Employers that have not reviewed their dress and grooming policies and practices recently would be well advised to do so now.

In February 2019, the New York City Commission on Human Rights released guidance stating that the targeting of people at work, school, or public places based on certain hair characteristics may be considered evidence of race discrimination under New York City law. New York City recognized that employers may still have a grooming policy that requires a “neat and orderly” appearance; but, they cannot prohibit specifc hair texture or hairstyles, such as locs or cornrows traditionally associated with black employees. If an employer has a legitimate health or safety concern relating to hair, it must consider alternatives before imposing a ban or restriction on employees’ hairstyles. The guidance sets forth examples of discrimination, including requiring employees to straighten or relax hair to conform to the company’s grooming policy.

New York City is not alone in highlighting potentially discriminatory grooming practices. On July 3, 2019, California was the first state to pass a law known as the Create a Respectful and Open Workplace for Natural Hair Act (also known as the CROWN Act) banning restrictions on hair textures and styles as racial discrimination. The CROWN Act was sponsored by the CROWN Coalition, created by Unilever’s Dove brand in partnership with the National Urban League, Color of Change, and Western Center on Law and Poverty.

A similar CROWN bill also passed in New York state on July 12, 2019. The bill amended §292 of the New York State Human Rights Law and §11 of the Dignity for All Students Act. New York state law now states that racial discrimination extends to “traits historically associated with race, including but not limited to hair texture and protective hairstyles.” A CROWN bill also has been introduced in New Jersey and would expand the definition of “race” under the New Jersey Law Against Discrimination.

While federal law does not explicitly recognize employer prohibitions on certain hairstyles and textures as evidence of race discrimination, the argument has been raised by the Equal Employment Opportunity Commission (EEOC) and individual plaintiffs in federal courts, so far without success. For example, in EEOC v. Catastrophe Management Solutions, 852 F.3d 1018 (11th Cir. 2016), the EEOC filed a complaint against an employer for race discrimination in violation of Title VII when it rescinded an offer of employment when the applicant refused to cut off her dreadlocks. The district court dismissed the complaint and the Eleventh Circuit affirmed because the EEOC’s complaint did not allege that dreadlocks are an immutable characteristic of black individuals as required under Title VII. Similarly, in Williams v. Georgia Dept. of Corrections, 2014 WL 3956039 (N.D. Ga. Aug. 13, 2014), plaintiff brought claims for discrimination based on gender and race when his employer’s grooming policy prohibited him from wearing dreadlocks. The district court found that “hairstyle is neither an immutable characteristic nor a fundamental right” and held in favor of employer. Id. at *8. In light of the increased recognition that such grooming prohibitions are in fact discriminatory against certain racial groups, one would expect that there will be further challenges to such practices in federal courts.

In December 2015, the New York City Commission on Human Rights issued guidance on discrimination on the basis of gender identity or expression. As part of that guidance, the Commission declared that the imposition of different dress or grooming standards based on gender may be viewed as discriminatory. The guidance provides that, “[t]he fact that the grooming standard or dress differentiates based on gender is sufficient for it to be considered discriminatory, even if perceived by some as harmless.” The guidance makes clear that “[i]t will not be a defense that an employer or covered entity is catering to the preferences of their customers or clients.”

While not extensively litigated, New York City has investigated claims of discrimination based on gender differentiating dress codes. For example, the Commission investigated a restaurant for, among several other violations, having a gender-specific dress code. Ultimately, the restaurant entered into a conciliation agreement with the Commission and the complainant which required that the restaurant change its illegal policies, train all managerial and supervisory employees, and pay $500 to the complainant and pay $5,000 in civil penalties.

More recently, on Jan. 25, 2019, New York state enacted the Gender Expression Non-Discrimination Act (GENDA) amending the state’s Human Rights Law effective Feb. 24, 2019 to expressly prohibit employment discrimination on the basis of gender identity or expression, including transgender status. While New York State has not expressly adopted New York City’s enforcement guidance on gender specific dress codes, it would appear that a New York employer also would be running afoul of New York State law if it required an employee to dress or wear their hair in a manner traditionally associated with the employee’s gender assigned at birth rather than the employee’s chosen gender identity or expression. It should be noted that with the enactment of GENDA, New York joined 19 other states and the District of Columbia in banning discrimination on the basis of gender identity and expression so that caution should be exercised outside of New York as well.

While no such amendments have been made to federal law, the EEOC and individual plaintiffs have sought redress for discriminatory dress policies, in some instances more successfully than with respect to grooming practices. In EEOC v. R.G. & G.R. Harris Funeral Homes, 884 F.3d 560 (6th Cir. 2017), the EEOC brought a sex discrimination claim against a funeral home for terminating a transitioning transgender employee and administering a discriminatory clothing allowance policy.

Specifically, the employer provided its male public-facing employees with clothing that complied with the company’s dress code while female public-facing employees did not receive an allowance. The employer argued that the claim relating to the discriminatory clothing allowance policy should be dismissed because it did not grow out of the employee’s discrimination charge. The district court agreed with the employer, but the Sixth Circuit reversed ending that it was reasonable that the EEOC would “investigate the [employer’s] employee-appearance requirements and expectations, would learn about the [employer’s] sex-specifc dress code and would thereby uncover the [employer’s] seemingly discriminatory clothing allowance policy.” Id. at 599.

In Viscecchia v. Alrose Allegria, 117 F. Supp. 3d 243 (E.D.N.Y. 2015), a plaintiff brought an action against his employer after being terminated for violating the employer’s hair policy which required men to have short hair. The district court concluded that the employer imposed grooming requirements on both men and women and that the requirements “did not appear to be more onerous for one gender than the other.” Id. at 253. The district court held that the plaintiff failed to state a claim based for gender discrimination based on the employer’s grooming policy under Title VII or the pre-amendment NYHRL. However, the district court found that the plaintiff had adequately stated a claim for gender discrimination based on the defendant’s selectively enforcing its hair policy in a discriminatory manner based upon gender.

It is critical for companies to carefully review dress and grooming policies in light of these recent changes in the law. Ultimately, employers should remember that any requirement of a dress code, uniform, grooming or appearance that imposes different requirements based on race, gender identity, or other protected classiffication is not permitted. The following tips may be useful:

While having non-discriminatory dress and grooming policies is important, it is perhaps more important for an employer to enforce its dress and grooming policies in a consistent, non discriminatory manner. Unequal application of even the most carefully drafted policies may lead to complaints of discrimination and potential liability. If an employee makes a complaint of discrimination based on the employer’s dress or grooming policies, the employer should investigate promptly, take any corrective action required, and carefully document its investigation. Of course, the employer should prohibit retaliation against anyone asserting a claim or participating in the investigation and vigorously enforce its prohibition on retaliation. Robert J. Tracy is a partner at Gibney, Anthony & Flaherty, where he leads the labor and employment practice. Maja Szumarska is an associate at the firm.

Reprinted with permission from the “August 23, 2019” edition of the “New York Law Journal”© 2019 ALM Media Properties, LLC. All rights reserved. 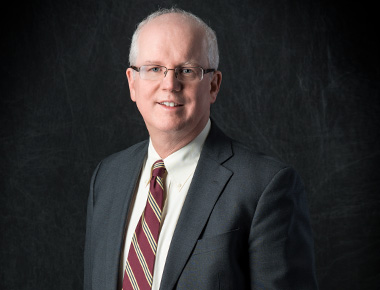 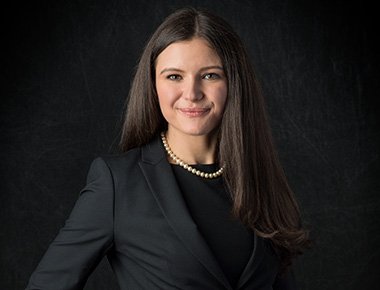