June 1, 2020
President Trump issued a Proclamation on the Suspension of Entry as Nonimmigrants of Certain Students and Researchers from the People’s Republic of China (PRC).  The stated purpose is to limit access to sensitive U.S. technologies and intellectual property by restricting F and J visas for certain …
Read more

On May 29, 2020, President Trump issued a Proclamation suspending the entry of certain students and researchers from the People’s Republic of China (PRC).   The stated purpose is to limit access to sensitive U.S. technologies and intellectual property by restricting F and J visas for certain Chinese nationals. The Proclamation is effective June 1, 2020.

The Proclamation bars the entry certain nationals of the PRC seeking to enter the U.S. on an F (student) or J (exchange visitor) visa to pursue graduate-level study or conduct research in the U.S. who have ties to entities in the PRC that support or implement China’s military-civil fusion strategy.

China’s “military-civil fusion” (MCF) strategy refers to “actions by or at the behest of the PRC to acquire and divert foreign technologies, specifically critical and emerging technologies, to incorporate into and advance the PRC’s military capabilities.”

The Proclamation targets graduate students and researchers who have any of the following ties to an entity in the PRC that supports or implements China’s MCF strategy:

The Proclamation also gives the Secretary of State discretion to revoke F or J visas of certain Chinese nationals currently in the U.S. who otherwise meet the criteria for suspension of entry.  Revocation of a visa by the Department of State does not automatically revoke valid status in the U.S.; rather, it invalidates the visa stamp for future entry to the U.S.  Chinese nationals in the U.S. in F or J status should consult with program sponsors and/or immigration counsel before departing the U.S.

Who is not impacted?

The Proclamation does not apply to:

The Proclamation does not prevent a person from seeking asylum, refugee status, withholding of removal, or protection under the Convention Against Torture and Other Cruel, Inhuman or Degrading Treatment or Punishment, consistent with U.S. law.

The Secretary of State, or his designee, has the sole discretion to determine whether a person is subject to or exempt from the Proclamation, pursuant to standards the Secretary establishes.

What are the effective dates?

The Proclamation is effective at 12:00 p.m. eastern daylight time on June 1, 2020, and will remain in effect until modified or terminated.

How will this proclamation be implemented?

We expect additional guidance regarding implementation of the rule at U.S. consulates and ports of entry.   The Secretary of State is also authorized to promulgate regulations regarding admissibility consistent with the Proclamation.

Within 60 days, the Proclamation directs the Department of State and the Department of Homeland Security to review nonimmigrant and immigrant programs and recommend any other measures that would mitigate the risk posed by the PRC’s acquisition of sensitive United States technologies and intellectual property.

We also expect heightened scrutiny of all Chinese nationals applying for temporary visas or immigration benefits.   Under the Proclamation, any foreign national who willfully misrepresents a material fact, seeks to circumvent the Proclamation through fraudulent means, or enters the United States illegally, will be deemed a priority for deportation.

What is the impact on employers?

U.S. educational institutions, program sponsors, and employers should consult with immigration counsel as well as export control experts to evaluate the potential impact of the Proclamation on students and employees, including those working pursuant to Optional Practical Training (OPT).  Chinese nationals should consult with their designated school officials, program sponsors and/or immigration counsel before applying for an F or J visa or departing the U.S.

The breadth of the Proclamation’s impact will depend on the specific Chinese entities and universities deemed to be supporting or implementing China’s MCF strategy, which fields of research and technology may be exempted because they would not contribute to China MCF strategy, and how the Department of State exercises its discretion to revoke visas for those currently working or studying in the U.S.

Gibney will continue to monitor developments and provide updates.  If you have any questions about this alert, please contact your Gibney representative or email info@gibney.com. 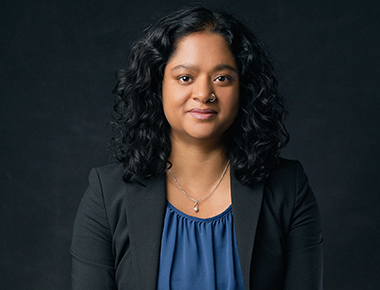